How to Win Back an Audience (Guest Blog)

You’re giving a presentation or taking Q&A but leaders are whispering among themselves or peers are unapologetically texting. Face it. You’ve lost the audience. How do you win them back?

If the audience isn’t fully into you, our natural instinct is to be rattled. Don’t go there. Instead, think fast about interrupting their automatic guessing machine. They think they know what’s coming, so they think they can listen with half an ear. Surprise them.

Make a Sudden Move: Walk fast to other side of room and write something provocative on a white board. If standing, sit down and intimately talk to audience. Interrupt their automatic guessing machine. Suddenly they don’t feel so secure tuning you out. FOMO-Fear of Missing Out–kicks in.

Call on Stars: If attention wanes, take a short poll by show of hands or ZOOM polling. Terry Merlenbach, a partner at Greenberg-Miller, was running a videoconference when she noticed a junior staffer was off screen. She said, “Joe I’m sure you left for an important reason. Come back. We need your input. They respect you.”

Take a Surprise Poll: Nothing moves the plot or anchors the moment like a poll. If LIVE take a show of hands. If virtual, use the ZOOM polling feature.

Distract Them with Shiny Objects: When the crowd drifts, wake them up with uTube videos, audio clips or a killer prop. Run a live demo or invite a star your group respects to drop in unannounced. Share a proven anecdote, something you’ve experienced or saw on Saturday Night Live, classic movie or late night TV.

Call on a Senior Ally. Tough crowd coming up? Play the power card. I was hired to coach a sales team for a Sony offsite for 200 hotshot sales people at 4 pm on a Friday. I had two hours to coach them before they went on stage. They wouldn’t settle down. So I pulled in their tough SVP from an adjoining room—to take back the room. They saw 1) I had clout and 2) their boss was behind me. End of pushback.

Stay on Top of Hecklers. “As an employment litigator, I’m used to hostile audiences,” mused Jason Geller of Fisher & Phillips Law. “Remember that the heckler feels ignored so acknowledge them, ask for their point of view—but give them a time limit.” They are waiting for you to ignore them. When you don’t, it’s disarming.

Mistakes are Gifts. Lights fail. Props fall over. As a long practitioner of Improv, I see mistakes as gifts. Once, at my COOL UNDER FIRE workshop, my pearls popped apart and bounced down the aisle like a cartoon. Without missing a beat I playfully said, “Take these pearls of wisdom I humbly offer here.” Then I asked for ‘pearl divers’ to help me pick them up. 10 people swarmed the aisle in a fun hunt. Afterwards these ‘pearl divers’ asked for my business card.

Let Go of Sainthood. When challenged, stay human. Jason Geller, Fisher & Phillips continues, “Acknowledge a small weakness you have. Give up something small, then pivot to your points.” You have to show you’re not afraid but in a cool way.”

Share a Killer Anecdote. Anything can happen to a speaker, so have a killer anecdote in your back pocket. Once I wrote-produced an event for Wells Fargo. I hired a popular Oakland TV newscaster to emcee. Ten minutes into his talk at the Fairmont Hotel, he reneges and says, “I have to leave, but Marianne Fleischer will take over as emcee”—and walked out. Blindsided but with no choice, I walked to the mic, looked out at 500 people and my horrified Wells client and said, “The show must go on! We’ve all been blindsided, right? Are you with me?” Miraculously, applause filled the hall.

Anything can go wrong in a presenter’s world. We’re always selling. Handle it.

Fleischer Communications is an established PRESENTATIONS SKILLS consultancy based in San Francisco. Principal Marianne Fleischer is a former TV newscaster, current talk show writer-producer and speechwriter-executive coach. She coaches executives, attorneys and leaders to think on their feet. Consider working with a coach like Marianne Fleischer when you have a pitch, present or do panels. Her clients include Salesforce, Apple, Genentech, HP, Viacom, BPM and 10+ SF law firms; both big firms (DLA Piper Law) and boutique (Ridgeline Law). 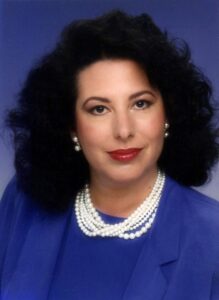